GIS Day is a global event that celebrates the technology of Geographic Information Systems (GIS). It started in 1999 in the USA and has gradually gained popularity. This year, we decided to mark the occasion at UBDC for the first time with an internal showcase of colleagues work with GIS. In this blog, UBDC Data Scientist Nadiia Gorash shares insights from the event and explains the GIS day cake tradition.

Geographic Information Systems (GIS) are used to capture, manage and analyse a variety of data. By organising layers of geographic information into visualisations, using maps and graphics, GIS can improve our understanding of spatial patterns and relationships. On the 20th anniversary of GIS Day, we wanted to hold an internal knowledge share where UBDC staff members had the opportunity to illustrate the power of GIS with examples from their work.

Dr David McArthur told the story of how he got started with GIS; describing the challenges and outcomes of work he participated in as a student about measuring the economic impact of wind farms on Scottish tourism. Part of this work involved using GIS to estimate where wind farms could be seen from roads, and how many tourists used those roads. 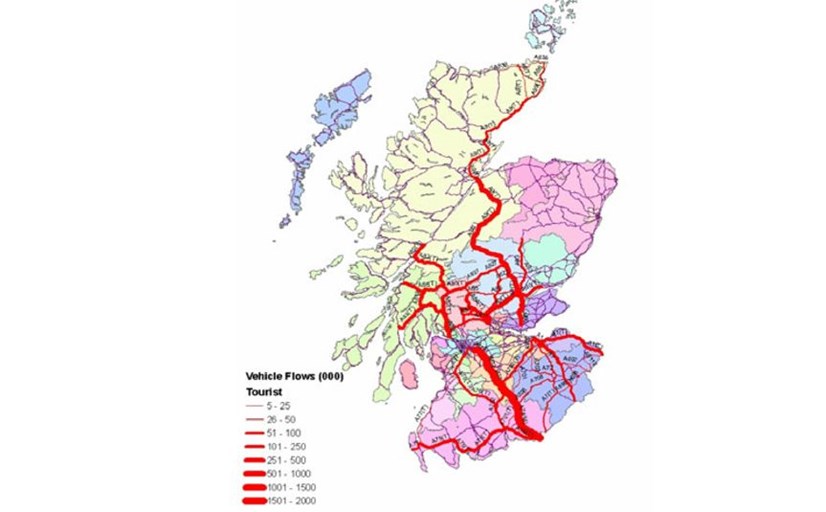 Some of the work was published as an academic paper and more detail is available in a report for the Scottish Government.

Dr Varun Raturi gave a talk describing how he started using open source GIS software QGIS. It allowed him to consider street characteristics in his research, such as street gradients for a bicycle trips prediction model. Varun also showed a step-by-step tutorial on how to create a 3D model in QGIS and overlay additional layers to get a better result. 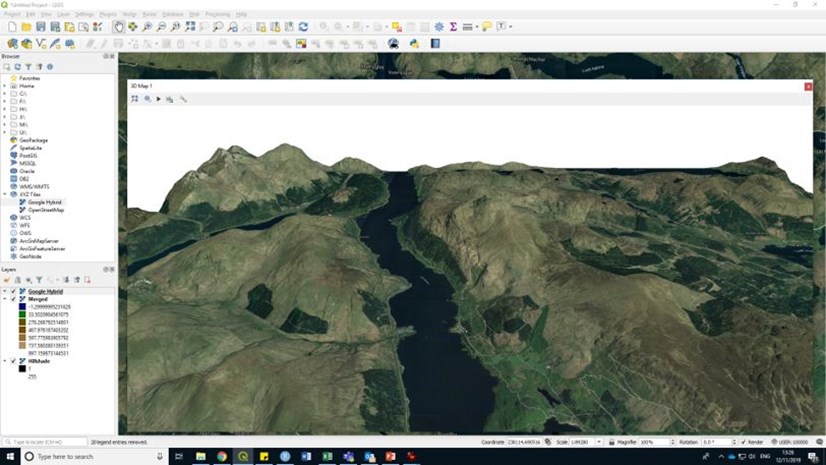 Dr Jing Yao presented her work for fire and rescue services in Nanjing, China. Location optimisation was used to place new fire stations in sites that would meet the demands of the growing population and to evaluate the locational efficiency of existing fire stations. Several scenarios were examined, with the best chosen for implementation. 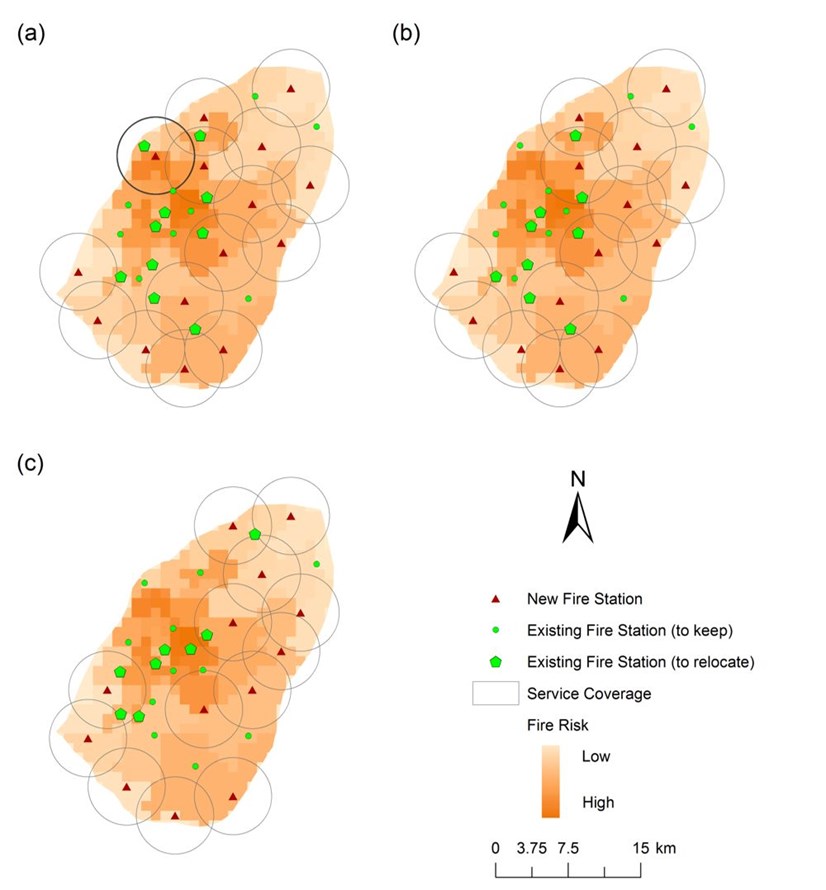 I gave a presentation about the evolution of QGIS and the way it can be used to create maps and spatial data visualisations, ranging from simple to complex map products. I also showed examples of how simple data could be processed and then styled in a new way. 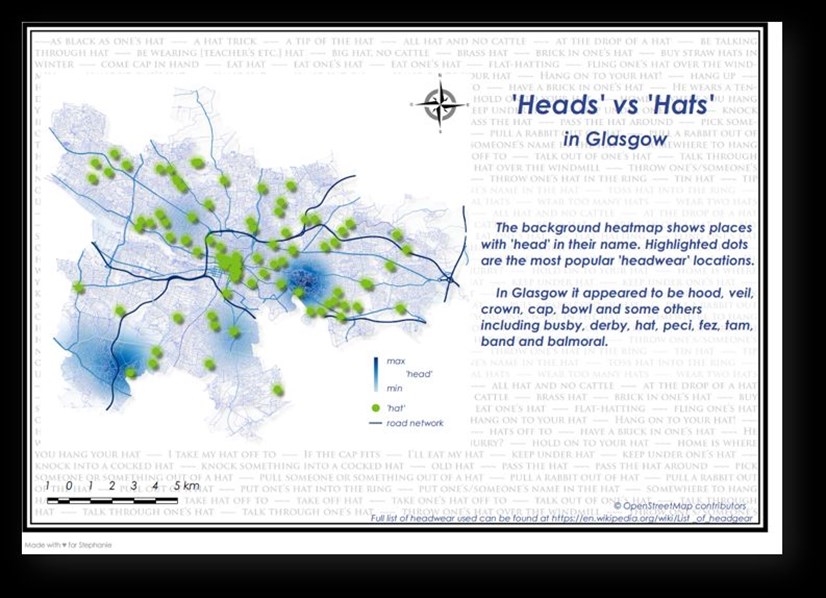 Dr Jinhyun Hong presented his PhD work using GIS, which investigated the relationship between residential density and transport emissions using a Bayesian multi-level model with spatial random effects. He also discussed the use of crowdsourced cycling data (Strava) and, using this data, made a comparison between the shortest routes and the actual routes cycled. 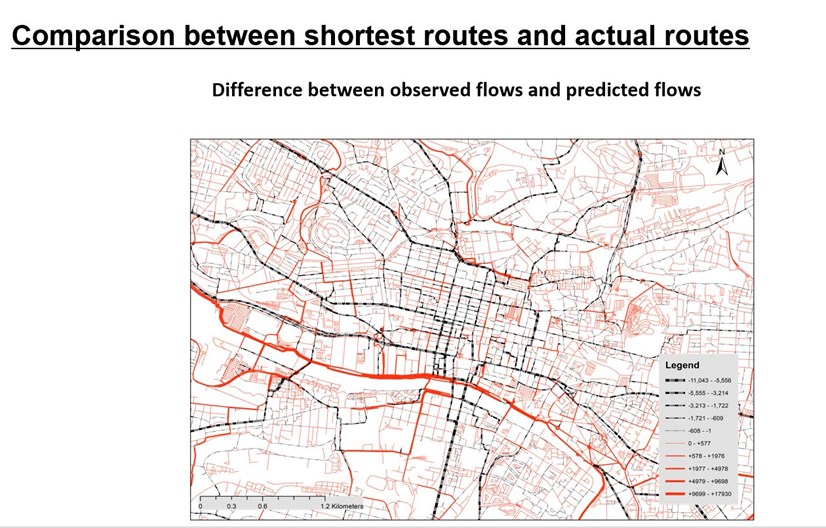 An interesting example of using GIS to tackle the outbreak of Legionnaires' disease in Vila Franca de Xira, Portugal was demonstrated by Luis Serra. His presentation illustrated the way GIS helped to identify the most probable source of contamination, which reduced the search effort of the environmental teams working in the field. The work also involved developing a cluster analysis (shown in the picture below) to support evidence for one out of the four possible factories as the source of contamination. 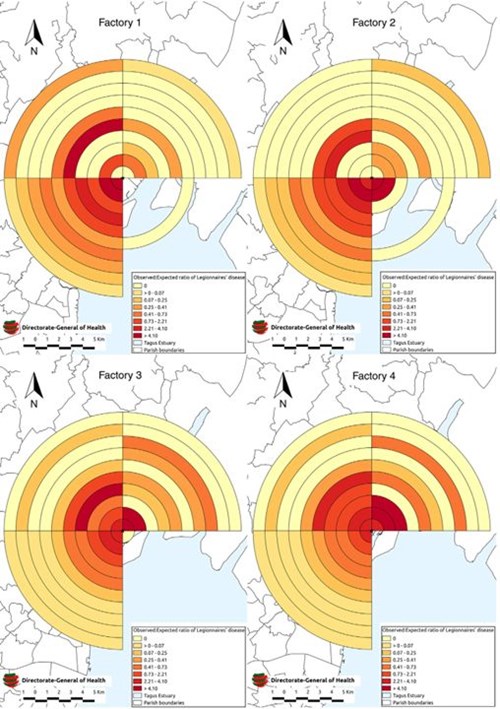 Nikos Ves gave a talk about the data-aligning tool he has developed. When comparing geospatial boundaries that should represent the same areas, such as country borders, misalignments can occur. Even datasets that originate from the same source can have differences introduced through successive edits from different operators. If both geospatial datasets that need to spatially interact with each other don't agree when compared, the result can contain errors. Nick’s data-aligning tool - called wpNibble - can be used as a pre-processing step to rectify these issues.

The graphics above show two geospatial datasets that do not agree with each other. Initially, the boundaries were showing a ‘gap’ where valid raster data were existing (left image). The right image shows the same boundaries after the application of the tool. The boundaries were modified to ‘engulf’ every pixel in the raster.

As you can see, we had a good mix of talks that covered different ways of using GIS technology and tools for research and in daily life. However, there was another GIS Day tradition that we also wanted to observe; ESRI, who initiated GIS Day, recommends celebrating with an appropriately decorated cake, so that's exactly what we did. 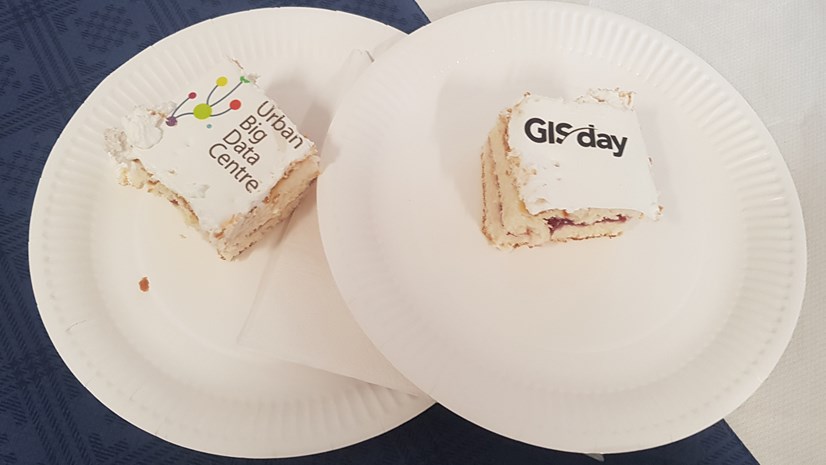 If you would like to know more about our work with GIS, please get in touch.

As a Data Scientist, Nadiia is responsible for data management, analysis and visualisation at UBDC.