The potential of the registration data

In some parts of the UK, individuals are required to register with their local authority if they wish to rent out properties. The potential value of the data in these registers was vividly illustrated by a story from the London borough of Newham, reported in the Guardian on 14 August. When Newham provided HMRC with their list of registered landlords, HMRC are said to have found that almost half – some 13,000 – had not declared their income from renting on their tax returns. While HMRC has yet to confirm the figure, the report suggests hundreds of millions in additional taxes could be collected just in London.

In England, landlord registration operates in only a handful of authorities. But in Scotland, we have mandatory registration for the whole country. With the data from this system, Scottish authorities could be working with HMRC on a similar exercise. Under the new devolution settlement, any additional income tax revenues would flow back to Scotland – that’s a windfall of tens of millions, potentially. It would be in Scottish Government’s interest to ensure a coordinated approach!

As urban researchers, we would also like access to these data. We’re not claiming we can use them to generate such an immediate cash return. But we do think there is a real public value in making them available because they provide a detailed picture of what is happening in the most dynamic part of the housing system. In Scotland, private renting has trebled in size since 1998, but it remains a sector that is difficult to study.

One simple question we can address with the data is the extent of compliance with the legislation on registration. The law is intended to safeguard tenants by preventing inappropriate individuals acting as landlords but that only works if there is full coverage. Here our preliminary analysis of an extract of the Aberdeen City Council register provides a very positive picture – coverage appears to be near complete. If anything, there are slightly more registered properties in the city than expected given the size of the stock. There is some uncertainty in the estimate as our note makes clear. For example, it is possible that some properties on the register are not currently being let – in which case, coverage might be lower. Nevertheless, the big picture appears to be of good compliance. It would be good to be able to repeat this analysis in other parts of the country.

Looking at a more detailed, neighbourhood level, there are some areas with markedly fewer registrations than we would expect, notably in the suburban and rural fringes of the authority. Again, there may be good explanations for this: agricultural tenancies are excluded from the requirement to register, for example. Nevertheless, the data provide a basis for further investigation or targeted enforcement activity.

Another question is what the data tell us about the growth of the sector in different parts of our towns and cities: is growth concentrated into locations that already had high proportions of private rental properties, possibly leading to very high concentrations, or is the sector breaking out into new kinds of areas? Both might be a source of local tension or disruption. In Glasgow, for example, the council has been granted additional enforcement powers to deal with the problems created by a concentration of poorly managed rental properties in the Govanhill area. The Aberdeen data suggest that a deepening of existing concentrations is the dominant pattern of change overall but that some new renting locations may also be emerging.

At the moment, we have only a very basic extract from the Aberdeen register and this limits what we can do with it. More complete access, even in anonymised form, could let us track additions to and deletions from the register and get a better picture of growth in particular neighbourhoods. Information on which properties were owned by the same landlord (without any landlord names) would let us see if the scale of landlord portfolios is changing – a long-standing issue has been the preponderance of very small-scale landlords who sometimes lack a proper awareness of their obligations.

Yet getting access to this data for research purposes has proved rather tricky. The register is public and you can search it address by address, but the legislation under which the system was established prevents publication of the full database, as a ruling by the Scottish Information Commissioner confirmed. Local authorities, who are responsible for the data, have therefore been cautious about providing access, even in anonymised form, and even though the legislation clearly envisages that the data can be shared in appropriate circumstances, just not published in full.

At present, requests for this data have to be made to individual local authorities and they may not have the capabilities to readily provide the information in an easily usable form. They may also be unable to access historic data from the Scottish Government-run system on which they are held.

To fully realise the value in these data, therefore, we need a more co-ordinated approach. Local authorities need to reach an agreement with Scottish Government that the latter can publish regular tables of data from the register, suitably anonymised. These would help national and local government, and many others, to better understand this fast-growing part of the housing system.

You can find out more about our housing data on this site, or contact us for more information. We have also set up an email discussion list on housing data and related issues that you can join via the JISCMail website. 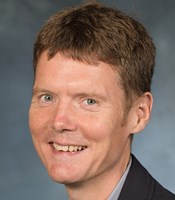