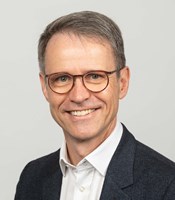 Simon Joss is the Associate Director of Policy Engagement at UBDC and also leads on our Urban Governance research. He is Professor of Urban Futures at the University of Glasgow and co-founder of the International Eco-Cities Initiative.

Simon gained his PhD from Imperial College (University of London) in the field of science and technology studies. He joined the University of Westminster in 1997 as Research Fellow. From 2003 to 2009 he was Head of Department (Centre for the Study of Democracy, then Department of Politics and International Relations); and from 2008 to 2013 he acted as Director of Research in the Faculty of Social Sciences and Humanities. He was appointed Reader in 2007, and Professor in 2008. From 2013 to 2018 he was the Director of the Graduate School at the University of Westminster, where he co-ordinated the University’s doctoral degree programmes and support postdoctoral researcher development.

Governing the COVID-19 pandemic in the ‘smart city’ Blog